// Welcome to our company 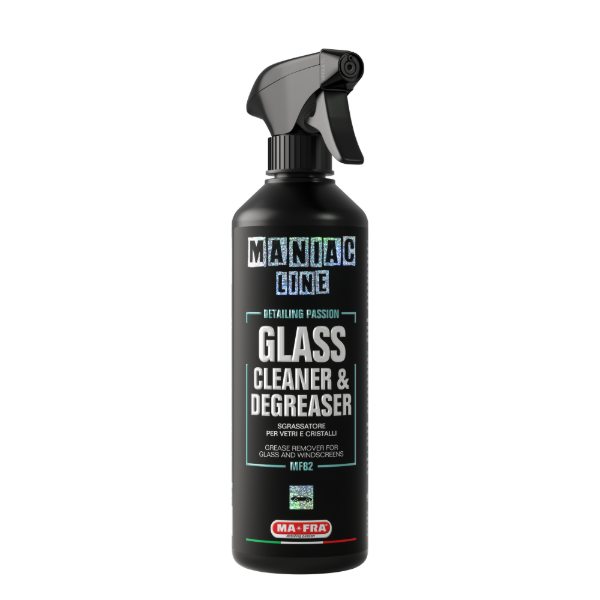 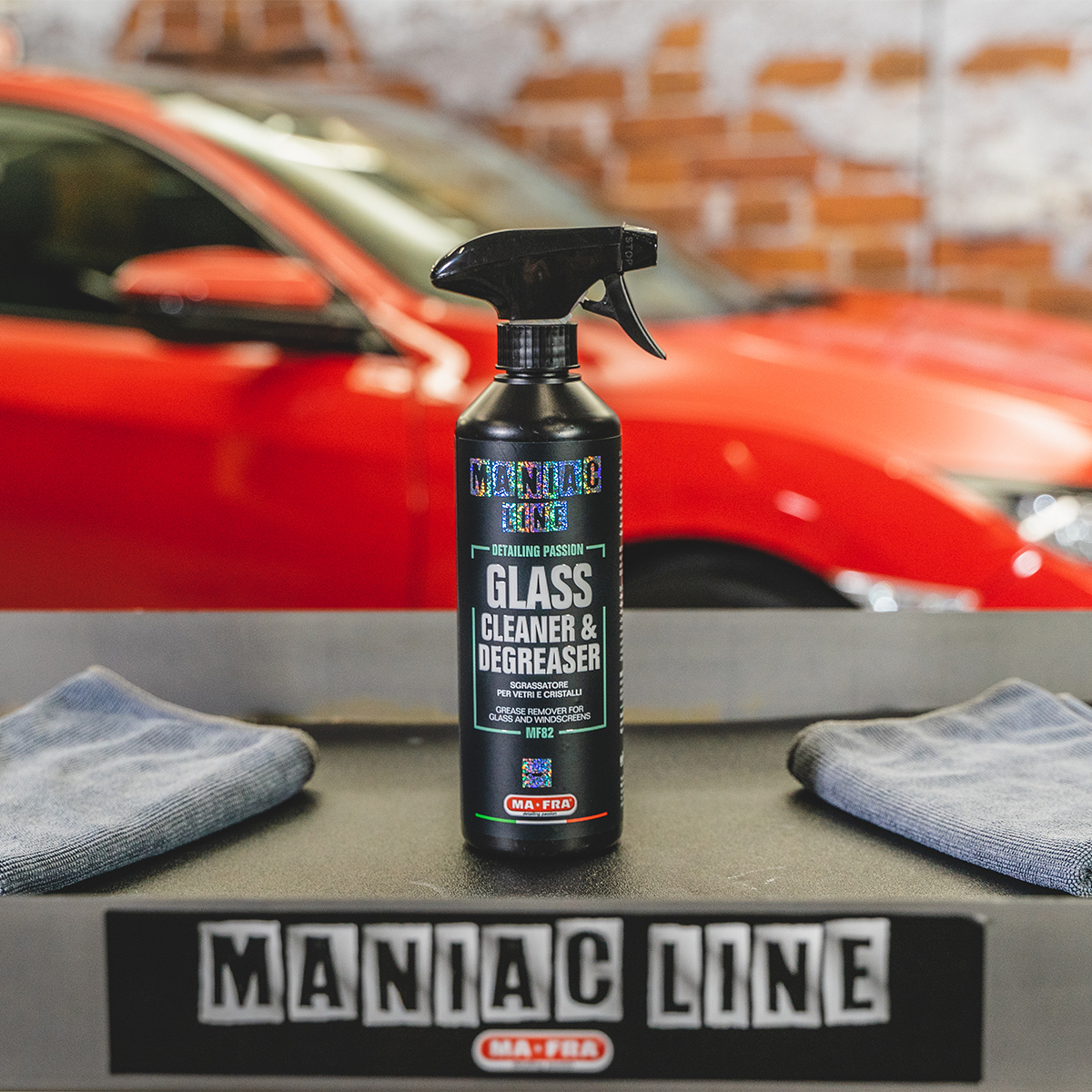 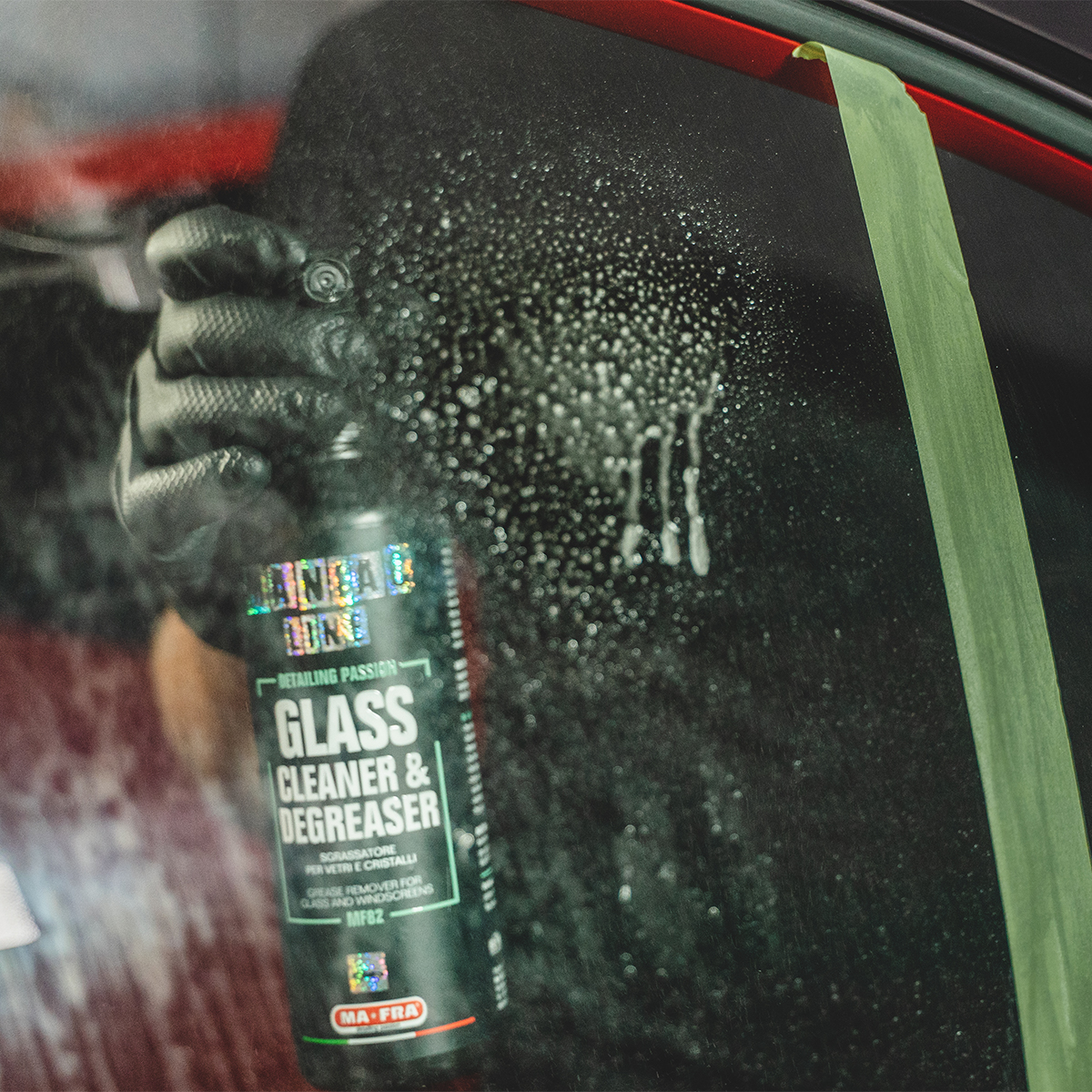 
Degreaser for glass and crystals

Cleaning the windows is essential not only as the last finishing step within a perfect washing cycle but also to improve visibility and safety while driving.
One of the biggest problems is removing the detergent that often leaves marks or deposits on the surface, forcing us to take several steps to obtain the desired result.
Glass Cleaner & Degreaser is fast and easy to use: it acts in depth by removing all types of dirt, even greasy ones, such as fingerprints, from all types of crystals, even darkened ones or digital screens.
Used internally, it also manages to eliminate oily substances and glycerol contained in the vapor generated by electronic cigarettes – the so-called dirty swap. It gives the treated surface an oleophobic effect which reduces the formation of fingerprints on the treated surfaces.
Used outdoors, it removes all kinds of dirt, even oily, and limescale stains, but is inert on previously applied protective agents, preserving them.
Thanks to Zero Streaks Technology, it dries quickly without ever leaving stains or streaks.
Furthermore, it does not contain ammonia or methanol, and is inert on any material with which it comes into contact, even the most delicate ones such as alcantara®, leather, soft touch or screens with anti-reflective protection (inside) and chrome moldings on the outside of the car.
Finally, its pleasant fragrance refreshes the environment.

According to your habits or needs, it is possible to dispense the product in two ways: directly on the glass, since we have seen it does not damage any material with which it can come into contact or dispense it on the microfiber cloth that we will then use to spread it and use the side dry cloth or a second clean cloth to complete the finish.

To clean the internal screens, which are more and more numerous in modern cars, proceed by dispensing the product on a microfiber cloth and then wipe it on the screen.

Glass Cleaner & Degreaser is safe on all materials with which it can come into contact, even in special situations, such as, for example, when cleaning digital dashboards.

HELPFUL TIPS FOR WASHING THE INTERIOR

Is it able to remove greasy substances and the glycerol contained in the vapour created by electronic cigarettes - the so-called swap dirt?

Yes, its degreasing power removes the glycerol residue left by the smoke of electronic cigarettes.